“Little is being done to support parents after a stillbirth” 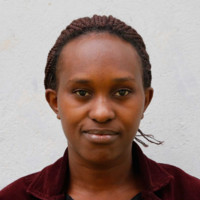 “Little is being done to support parents after a stillbirth”

Still births in Uganda; a conversation with Elizabeth Ayebare

Tell us about yourself – you are professionally and out of work.

I am a Paediatric nurse, a Midwife, PhD Student and Lecturer at Makerere University. I started my career as a teaching assistant at the Department of Nursing just after my undergraduate degree in 2006. Being one of the first few cohorts of the Nursing Bachelor’s degree in Uganda, my role was to support clinical teaching and mentorship of nursing students in paediatric nursing and midwifery. This work fitted in with my passion for newborns and children in general. I went ahead to undertake a Post Graduate Diploma in Child Nursing from the University of Cape Town and a Master of Nursing (Midwifery and Women’s Health) from Makerere University. Currently, am pursuing a PhD focusing on intrapartum interventions to prevent birth asphyxia.

Outside my formal employment, I am the Deputy country lead for Lugina Africa Midwives research network (LAMRN) in Uganda whose goal is to support midwifery research and quality improvement along the continuum of maternity care. This is how I ended up as the country Principal investigator for the NIHR global health research group on stillbirth prevention and management in Sub Saharan Africa. I am a wife, mother and mentor for young people.

When I need a break, I go to places where nature can work on me as Nightingale said, “the role of the nurse is to put the patient in the best condition for nature to act on them”. I find being in green spaces refreshing. My other stress breaker is cooking specifically trying out new recipes.

Why the stillbirth topic?

Our decision to focus on stillbirth as a group was birthed out of previous clinical audit studies conducted by one of the six LAMRN countries with support of Prof. Tina Lavender and her team at the University of Manchester in the UK. Stillbirth is one of those adverse birth outcomes on which little research has been published in our setting, yet the rates remain high in the region. It is a big contributor to the perinatal mortality rates; for example, according to the Uganda health sector report 2019/2020, stillbirths contributed 74% of all deaths. Intrapartum stillbirth in particular is good indicator of the quality of care given to women during labour. Since the larger part of maternity care is offered by midwives, this topic contributes towards the group’s aim of improving care for pregnant women during labour, birth and postnatally. In addition, we know that there is a big psychological and emotional burden to the parents following a stillbirth which is rarely recognized in many cultures. In Uganda and Kenya, we focused on care and support for parents after stillbirth.

In your work you focused on cultural beliefs and practices towards still births – please share some of the causes of still births according to the different cultures.

Our paper looked at cultural beliefs in Central Uganda, where the predominant tribe is the Baganda and in Kenya; two sites including Central and Western Kenya. Some of the perceived causes of stillbirths included illness of the mother during labour, witchcraft, bad omen, punishment from the gods and God’s will. Perceived causes related to spiritual forces were predominant in the semi-rural areas. However, some of the participants attributed the stillbirth to difficult labour and birth, negligence of health workers or laxity on their part. One of the interesting findings in this study was to hear how cultural beliefs and practices influence health workers’ actions towards parents within the facility setting. It shows how much our culture is intertwined in our day today behavior, something we need to be aware of in order to master it and provide appropriate care.

How do these beliefs and practice affect the mothers’ psycho social abilities?

Certainly, some of the cultural beliefs and practices support the parents especially mothers to cope positively. However, we found that generally, participants experienced the negative impacts of these cultural beliefs which affected their ability to cope. Since in most cultures, having a still born baby was kept secret and minimized when it comes to burial/funeral rituals, parents had a difficult time handling all the emotions and activities that followed the death. There was stigma, isolation and blame following the stillbirth that affected mothers more than any other family member. In addition, this study was in two east African countries where majority of stillbirths are commonly associated with other obstetric complications such as breech presentation, prolonged/obstructed labour, and antepartum hemorrhage which also affect the mother’s ability to cope with the loss of the baby.

Did you find any success stories; if yes please share at least two where mothers had stillbirths and they are now coping positively and what should other mothers learn from them?

We found that support from the partner and friends was very helpful in coping. One of the partners narrated how the wife’s friends came home and helped her with household chores when he was at work. This kind of support which we called ‘gathering around’ is a common cultural practice when someone dies. It was said to ease the burden and help the couple to move on. In another interview, a participant talked about her relatives helping to mobilize funds for the burial, transportation of the body and burial. This relieved her since she was still in hospital and unable to travel for burial.

Therefore, physical, social and financial support from friends or family can assist the parents to cope after having a still born baby. Pregnant women should therefore always identify support persons before birth who can assist them during the unpredictable time of labour, birth and postpartum.

Quoting one of your respondents a health worker mentioned – “…someone tells you; in our culture we are not supposed to look at the dead baby. You will not, when you are trying to [show them the baby] … much as you know the importance of them looking at the baby… you try to respect their culture and let them do what they feel is right.” How can health workers be supported to do the right thing in such cases.

I think that as we aim at advancing care and support for parents after stillbirth, we also must tackle the health facility issues that make it more difficult to provide good care. In this case, I would first of all suggest that the Ministry of Health or individual health facilities put in place some guidelines for bereavement care following a stillbirth or early neonatal death which would be followed by the health workers. This health worker would then no be in a dilemma of what she would have done for this parent.

Secondly, in our studies, we realized that Health care workers also needed support regarding bereavement care in order to know how to handle women and families going through this unexpected loss.

“No, I didn’t. I didn’t get a chance to hold her. I think I was afraid, and I was not understanding anything, I was more confused and also it is against our customs to hold dead babies.” – How can mothers like this one be supported?

It is challenging to deal with culture. Participants believed that if they looked at or held their dead babies, they would become infertile. With this belief, such mothers find themselves in a dilemma of what they want to do- holding and looking at their baby and the negative consequences of this action prescribed by their cultures. Therefore, advocacy for support after stillbirth must also involve communities where women live. Demystifying the myths and misconceptions about causes of stillbirth and perceived consequences can help such mothers to cope and improve their physical and mental wellbeing. In addition, health facilities must endeavor to provide information regarding the cause of death to reduce the parents’ uncertainty. We found that in many of the stillbirths, the cause of death was unknown, yet the woman had given birth at the health facility. So, in many cases when people don’t have clear information on causes of death, it is very easy to go with any explanation available to get closure. Therefore, health workers have a role to play in helping parents get closure after the death of their baby.

What has been done to support mothers so far and how can this be improved?

Currently in our study sites and I think in the country, little is being done to support parents after a stillbirth. Definitely, the culture of rapid burial and prohibiting the mother from seeing a dead baby also make it difficult for health workers to provide immediate care. However, as the NIHR stillbirth research team, we have undertaken studies to assess the feasibility of clinical trials with two interventions: 1) looking at peer support for mothers after stillbirth and 2) training health workers on care and support for parents and families after stillbirth. We hope that after conducting the bigger trials, we shall determine their effectiveness and come up with recommendations for care guidelines in health facilities in Uganda and the region.

What resources are available to support the preventive measures and mothers that have suffered the impact of still births.

Indeed, most of the causes of stillbirths in our setting are preventable. Some can be prevented by good quality antenatal care where high risk women are identified and managed appropriately and others during labour and childbirth. As the NIHR stillbirth group, we piloted provision of specialized antenatal care for women after stillbirth in Zimbabwe and found lower rates of repeat stillbirths for those who attended the clinic. Most women come to hospital for Antenatal care and delivery where stillbirths should be prevented, however, challenges in the health system such as few staff, poor referral systems and delays in receiving emergency cesarean section pose the challenge in prevention of stillbirths.

Please share, any thing concerning this topic that we have not shared in this discussion.

One of the important lessons from this research into stillbirth is that sometimes as health workers, we get taken up by the status quo and busy schedules and forget about the important things that patients remember when they leave hospital. Currently there is an outcry for respectful maternity care and treating our clients with dignity is one thing that patients/clients never forget. The things that bring patients/clients back to the health facility are few, and respect is one of them. This is a call to action for all health workers, let us join the respect and dignity movement!