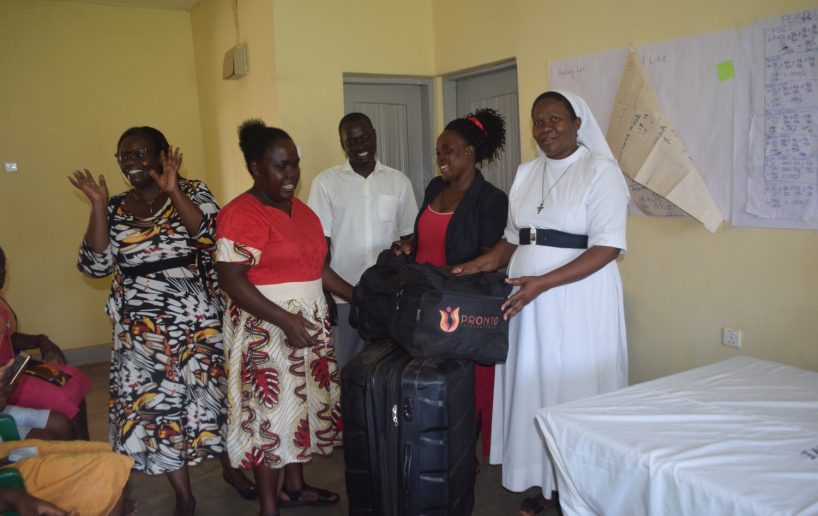 An expectant mother is ushered into the maternity ward. Noticeably, she is in pain. She is quickly reviewed by a midwife. Although her gestation is 37 weeks, she is told she is in the second stage of labour and should be delivering shortly. She is a preterm labour case and is being treated as an emergency.

Baby comes out in a few minutes, but the magical cry doesn’t happen, and it’s quickly transferred to the resuscitation table by the second midwife. The bulb sucker is nowhere to be found as the golden minute is missed. The delivering midwife leaves the mother, finds the sucker and takes over the resuscitation. A couple of minutes later baby cries to the relief of the team as the little one is started on requisite medication.

This and similar scenarios happen on many maternity wards across Uganda with some babies and mothers making it while others never make it. However, the above narrative is not real but a scene from a PRONTO simulation emergency obstetric training last Friday at Kamuli Mission Hospital. The training was one of two that capped many of the kind that the East Africa Preterm Birth Initiative (PTBi-EA) and with Makerere University have been providing to health workers over the last two years in six hospitals in Eastern Uganda. The training initially covered four hospitals including Jinja Regional Referral, Iganga General, Kamuli General and St Francis Buluba, with Kamuli Mission and Bugiri hospitals capping this capacity building initiative as part of the PTBi-EA study which has also done data strengthening and quality improvement cycles.

The PRONTOs approach to delivering simulation and team training for obstetric and neonatal emergency response in resource-limited settings is aimed at ensuring optimal and timely care for mothers and infants during life-threatening emergencies.

The post simulation reviews have been invaluable to the over 200 trainees across the six hospitals providing critical learning points that medics face when adrenaline takes over. This writer witnessed this as the above narrative unfolded in real time. In the post simulation critique, it emerged that the cast didn’t pay attention to some of the critical things vital for the health of mother and baby. 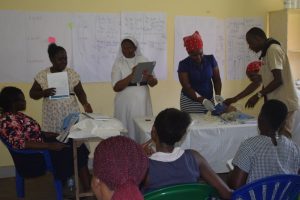 Medics try to resuscitate a ‘preterm baby’ during the training

“The mother was not given oxytocin,” an observer pointed out.  Another added: “The baby was not covered while being moved to the resuscitation table.” “When the doctor came in all attention was on baby and mother forgotten although she kept asking about her baby,” noted another with some one adding, “And midwife number two did not wash her hands before trying to resuscitate the baby.” And to end the critique on rib cracking note was the ‘doctor on call’ saying he was not informed of the situation on the ward despite being next doctor. 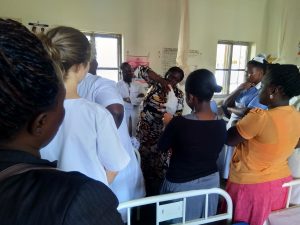 Weighing in, one of the PTBi-EA mentors Dr Angella Namala commended the cast and the observers saying they depicted well the situations that happen on wards daily, and the issues arising out of the critique showed that the team had the knowledge to improve their work and better service delivery.

“You should however never allow adrenaline to take over because you forget even the basic of things as depicted in the role play,” Dr Namala counselled the team.

Meanwhile, speaking earlier Sr Damalie Mwogererwa who is a senior neonatal nurse at the National Referral Hospital, emphasised the significance of nursing to the survival of newborns.

“A nurse who can’t calculate fluids and medicines for newborns including preterms is as good as a traditional birth attendant. The patients we deal with are delicate and we are meant to think for them. If you do a mistake, they will not call you to rectify it,” said Ms Mwogererwa emphasising the need for the health sector to pay attention to nursing care in general, as she facilitated a session the correct measurement of fluids and dosing. 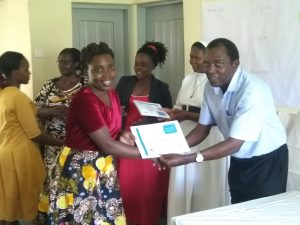 Officiating at the closure of the training which also saw the handover of a training kit (Pronto pack) to the facility, the Senior Administrator Fr Emmanuel Kawanguzi hailed the training saying it was critical and invaluable because of the need to constantly renew the health workers’ skills.

“Staff and go due to various reasons ranging from better opportunities to family relocation. This calls for continuous training to help bring on board new ones to also refresh the skills of those who are still around,” he said.

All the six hospitals under the PTBi-EA study now have the training kits and are expected to use them to conduct continuous medical education sessions in emergency obstetric care.

Prior to the PTBi-EA intervention, with support of PRONTO International, we conducted a training of trainers of a pool of 10 clinicians who eventually became master trainers of frontline service providers.

The master trainers comprised four obstetricians, two paediatricians, one neonatologist, one medical officer, one neonatal nurse and one comprehensive nurse. Half of the trainers were from the study hospitals (local trainers) to ensure continuity of mentorship even after the trainings.