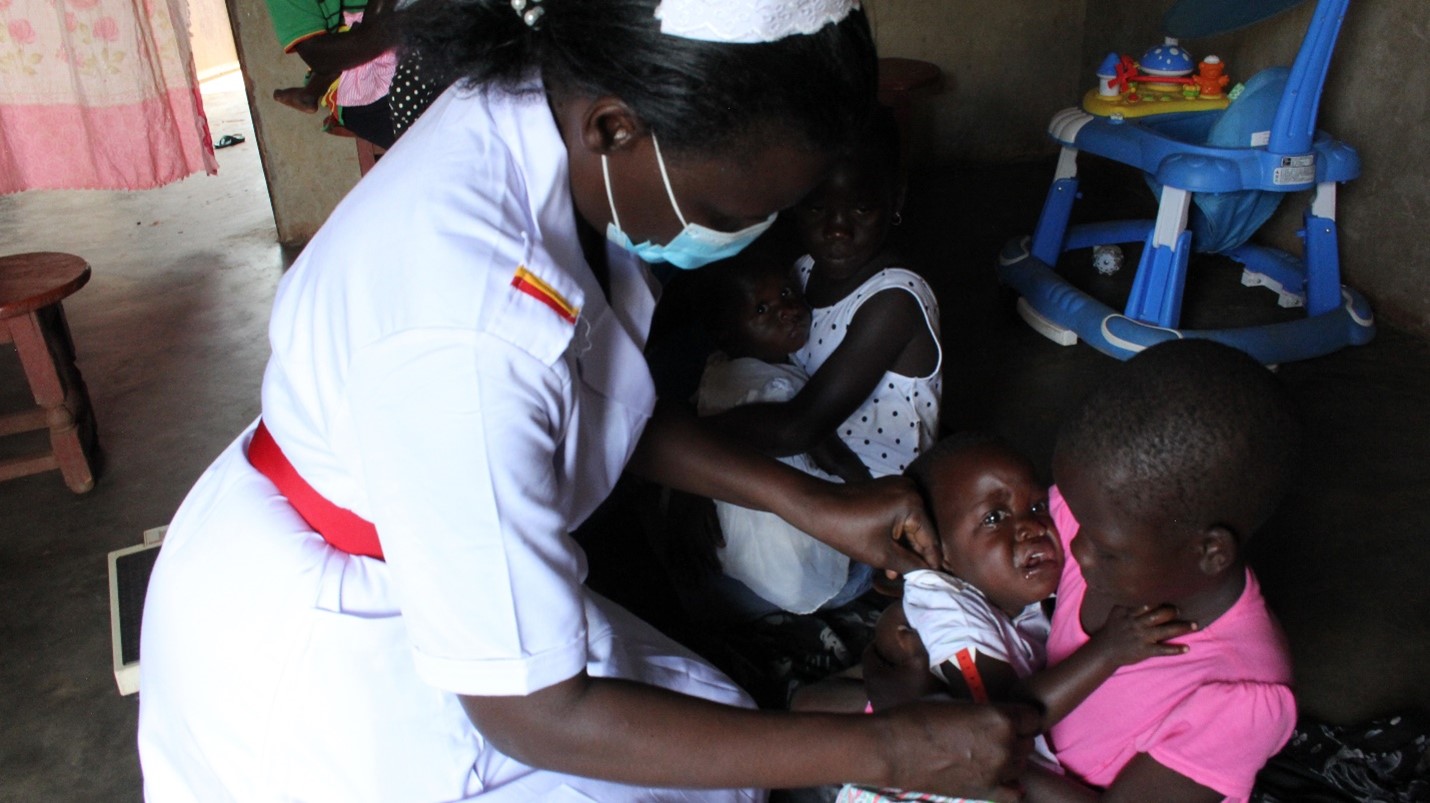 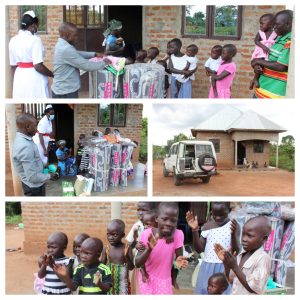 The family welcoming our team

In slightly under twelve weeks, the surviving four of the quintuplets that were born at Iganga Hospital in late August 2019 will be make two years if all goes well.

It has been a while since we last reported about them on this platform. They were sick and admitted at the very hospital that safely saw them through their neonatal period. Sadly, during the past year one of the two boys passed on, not long after that sickness.

The five babies were born on the night of August 23 and the morning of August 24, 2019 with the first baby being delivered at Nsinze Health Centre IV before the remaining four at Iganga Hospital. This was such big news that it attracted hordes of people to the hospital to have a glimpse of 30 year old Safiyati Mutesi, mother to the quintuplets.

Last week, together with the Iganga Hospital Newborn Care Unit Head Sr Maureen Babine, we paid a visit to the family at Nawaikoke village, in Nabweyu sub-county of Namutumba District in Eastern Uganda, just under an hour’s drive from Iganga town.

In their order (1-4) of birth, the babies weighed 9.2, 8.9, 7.5, and 9.6 kilogrammes, respectively. Similarly, their respective Mid-Upper Arm Circumference (MUAC) screening measured 14, 14.8, 13 and 14.9 centimetres. MUAC is used for the assessment of nutritional status. MUAC over 135mm (13.5cm), indicates that the child is well nourished. This therefore means that one of the children at 13cm is undernourished and is at risk for acute malnutrition. 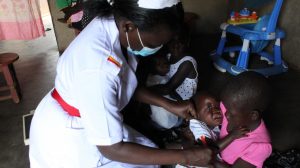 “There is need for improved feeding. Two of the babies are small for their weight,” says Sr Babine. “We once again taught them how to mix nutritious foods locally using maize, millet, simsim, soya beans to feed the children.”

The children are said to prefer drinks to solid food. However, this is likely to be that there is not enough food available of different varieties for the children. The mother says she has now started small scale farming to be able to raise food. None-the-less, Sr Babine has agreed to continuously call the family regularly to move from drinks to mixed nutritious food and porridge. All sodas and soda donations must be stopped. These children cannot gain weight by taking such drinks.

Meanwhile, according to the mother cough and frequent malaria attacks remain the biggest enemies to the children. However, the family was advised to ensure that the children continue to sleep under insecticide treated bed nets, clear bushes around the home as well as avoiding stagnant wastewater around the home.

Already having a big family of 13 children who she is struggling to look after, Safiyati is unsettled. Although she is currently on a long term family planning method, she says she still has hope of having more children because so far, she has only one boy which makes her “feel bad.”

Professor Peter Waiswa says that this is a common thing in our society and often keeps women hunting for boys. Little do women know that it is men who determine a baby’s sex/gender. This mother needs more counseling, but also counselling of the husband, and other influential family members, and the community.

After staying in a rented unit in a nearby trading centre and repeated appeals for help, a jinja based charity Youth with A Mission teamed up with Iganga Hospital staff and mobilized resources to secure the family their own home. A plot was bought, and a modest permanent home was constructed for the family.