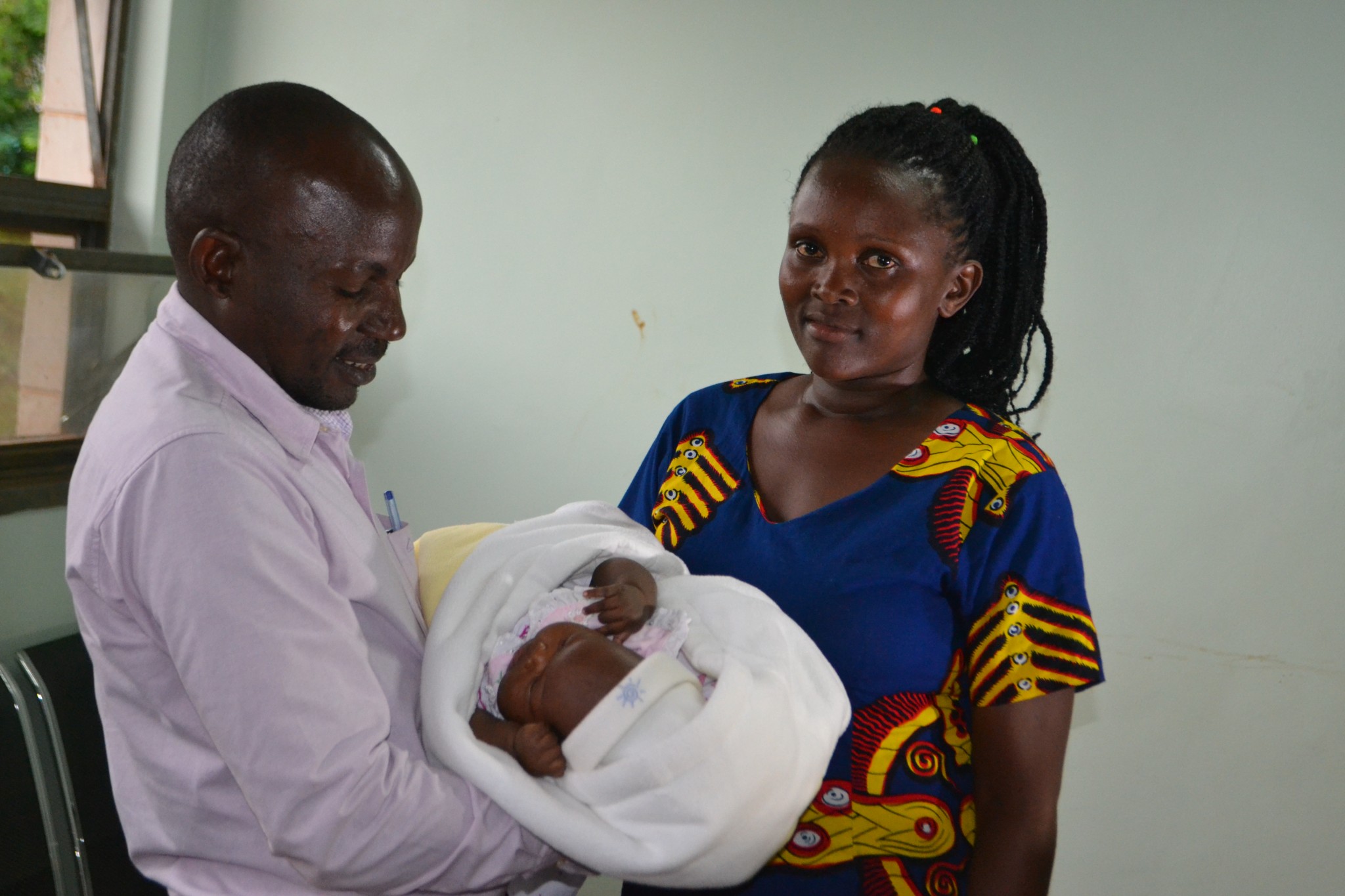 “I don’t remember the number of times we said goodbye to our baby,” says Fredrick Gume, as his wife, Margaret, nods in agreement. The two are recounting how their daughter “Baby Miracle” defied death while undergoing intensive treatment in neonatal care units at Kiboga Hospital and later at the Hoima Regional Referral Hospital (RRH).

At six months of pregnancy, Margaret experienced preterm labour. At Kiboga Hospital, the obstetrician advised that she should immediately deliver, and Baby Miracle was delivered in January 2017 weighing just 1.2 kg. On seeing her, Fredrick lost hope: “The baby was so tiny she could fit in my palm! I couldn’t imagine how such a baby would survive!”

Sr Namuddu Florence, the maternity in-charge at Kiboga Hospital, says that besides low birth weight, the baby had breathing problems. She was put on oxygen and stayed in the infant warmer for the 24 hours she spent at the hospital. Sensing that the baby could develop complications beyond their ability to manage, the health workers referred her to Hoima Regional Referral Hospital (RRH) for advanced care. A midwife accompanied them, and the baby was kept on oxygen.

Dr Tom Ediamu, a senior consultant paediatrician at Hoima RRH, recalls that the baby had respiratory complications, was jaundiced, and because of dehydration weighed only 800 grams. She was admitted to the neonatal unit to undergo intensive treatment, while Margaret continued her post-operation treatment in the postnatal ward.

The separation was worrying to Margaret. “With my daughter out of sight, I was losing hope every passing minute. Whenever I heard my phone ring, I would think it was to tell me the baby was gone,” she recounts. But after three days, Margaret was discharged and joined her baby in the special care unit. The baby was too weak to suckle, but Margaret would squeeze out breastmilk to feed her through a tube. “I wept every time my baby became inactive, and I said goodbye to her so many times,” she recalls. But the health workers encouraged them to have hope, and day-by-day, the baby defied death and life continued.

The baby gradually started responding to treatment. She started breathing normally, was taken off oxygen, started breastfeeding, and gained weight. Upon discharge from the hospital after eight weeks, the baby weighed 1.8 kg. Two weeks later she weighed 2.5 kg and progressed to 3.5 kg by May 2017. She continues to grow well.

To Fredrick and Margaret the survival of their daughter was a miracle – previously most babies born in similar circumstances did not survive. So they adopted “Miracle” as their daughter’s first name.

To Dr Tom Ediamu, Miracle’s survival demonstrates the contribution of the Regional Learning Network (RLN), a collaboration with the Ministry of Health, University Research Co (URC), and Save the Children’s Saving Newborn Lives project to strengthen the healthcare system in Hoima Region to provide quality care for mothers and newborns. “Before the RLN existed, it was almost impossible for a premature born at 25 weeks weighing 1.2 kg to survive. There was no capacity at facilities to manage such babies. They would instead refer premature or small newborns to Hoima RRH straight away without any intervention. Most of them would not reach Hoima RRH alive,” he said.

At present, all 14 facilities in the RLN pilot initiative’s catchment area have neonatal units. They have the capacity to manage babies born at 1.5 kg or above and to treat mild asphyxia and sepsis. Even in situations like that of Miracle that are beyond their ability to manage, health workers can administer life-saving interventions before referring to Hoima RRH.

Sr Namuddu attributes their initial intervention at Kiboga Hospital to saving Miracle, to clinical skills acquired through training at the Hoima RRH Skills Lab on managing small and sick newborns. “The skills and knowledge we got during the training helped us manage this complicated case initially. Otherwise the baby would not have survived,” she says.

Miracle is just one of many preterm and low birthweight newborns who can be successfully managed at RLN health facilities. This is because of improvement in the capacity of these facilities and their staff to provide quality care to mothers and newborns and to make appropriate referrals where necessary.