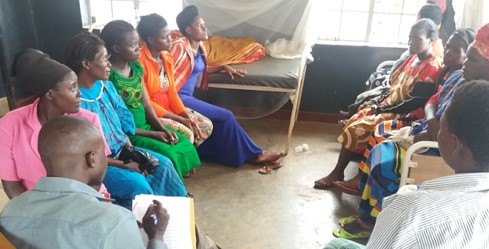 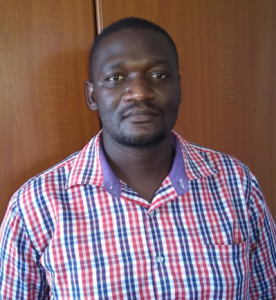 By Darious Kajjo | Implementing the new World Health Organization antenatal care guidelines especially the 8 visits up from the initial 4  visits and introduction of early obstetric ultrasound scan ( at 20-22weeks of gestation) could be a challenge in rural areas due to socio, economic and geographical inequality reasons. A qualitative survey conducted in Luuka, a rural district in East Central Uganda, reveals that mothers are living in poverty and still prefer Traditional Birth Attendants as their first point of care for pregnancy/delivery.  Furthermore, Luuka has no district hospital. This was revealed through a pilot sub-study under the Community in which Mothers and Newborns Thrive (COMONETH) project. The pilot sub study is aimed at testing the feasibility of a community-facility based ultrasound scan service for pregnant women. The project is implemented in Luuka district by the Makerere University School of Public Health through the Centre of Excellence for Maternal and Newborn Health Research (CMNHR).

In the past two years, COMONETH project has been in Luuka district and a lot has been achieved. In this period, the frontline health workers and the district leadership have seen a change with regards to maternal and newborn services and care. Among these achievements is skills and capacity building activities for health workers who are now encouraging skin to skin care, breastfeeding immediately after delivery within the first hour, health education on cord care, thermal care and exclusive breastfeeding.

“….Newborn care has greatly improved especially with the availability of a doctor, also because of COMONETH and the voucher projects where we have been mentored, supported with equipment like incubators in the neonatal unit……”  says a midwife at Kiyunga Health Centre HCIV

However there is still more to be done to lure mothers come for early antenatal care and also get an obstetric ultrasound done.  In response to whether mothers will attend the 8 visits as recommended by new guidelines and get an obstetric ultrasound scan done, mothers had mixed reactions. It is noted that many mothers have their first antenatal care visit after 27 weeks of gestation with only a few coming in before 16 weeks gestation. This according to the health workers is attributed to ignorance. The mothers are not aware that they should start antenatal care as soon as they realise they are pregnant. Some of them do not see the need to seek care most especially if the pregnancy is uneventful (without any complications). While others are too shy to come to the facility during early pregnancy and will only come when the pregnancy is visible-usually in late second trimester or even in the third trimester. However health workers in facilities in the district are continuously sensitising/ health educating mothers on the need to have eight antenatal care visits and an early gestation age ultrasound scan done.

“Previously mothers have been coming 4 times but the new guidelines are saying 8 times and we are health educating them to be able to complete the 8 times. The mothers are still coming for 4 times even 5 and 6” said one health worker at Kiyunga Health centre.

Mothers on the other hand stated that they do not come for early ANC because health workers are harsh and do not accord more time to mothers. Mothers do not see reason for going many times and starting ANC early because the health workers will not attend to the many better than if they started in later pregnancy.Traditional birth attendants are seen to be more approachable and provide “better care.”

“For those that go to TBAs say that they are cared for better because they prepare tea for them and even lunch which, for us we don’t afford, so they call that care. We are dealing with poor mothers in the community so they trust TBAs more” says a district health official. 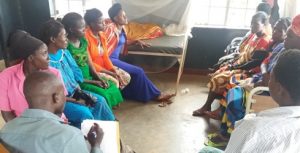 Some mothers affirmed the fact that there is no ultrasound scan machine at the health centres in Luuka district. So, they instead have to go to neighbouring districts such as Iganga, Kaliro, Kamuli districts to access these services. This regional inequality puts them at risk of fetal anomalies going undetected as most of them do not have money to seek these private services that range between 5$ and 10$ per scan. A mother would incur about 10$ if transport and lunch is included and this is something mothers cannot afford. This means about 20$ per single visit for ultrasound. Health workers have also been hesitant to send mothers for scanning in these rural private scanning points for fear of the quality of results that will be provided.

Despite these challenges of accessing ultrasound services, mothers do know the importance of taking this early scan as far as their pregnancy and baby is concerned. Mothers pointed out that the ultrasound scan is important in knowing the position of baby, the number of babies, seeing the fetal heartbeat, and knowing whether the baby has all the body parts. However some expressed fear that the scan emits radiation that can kill/harm the baby.It is therefore imperative that the health workers and village health team members continuously sensitize the community on the importance of the scan while providing adequate information to combat this myth.

This lack of awareness about importance of early ANC and ultrasound scanning, poverty, geographic disparity and changing tactics of TBAs pose a challenge in implementing the WHO guidelines as far as ANC in rural areas is concerned. There is need for innovations that can make ANC more attractive to mothers so as to have the new ANC guidelines achieved. Innovations which shorten examination time, that are accurate, acceptable and affordable are required to overturn the TBA effect during ANC period. This, coupled with incentives like full-time stockouts of supplies, increasing staff to reduce waiting time so as mothers can have time to cook and feed their families are crucial in realizing the effectiveness of the New ANC guidelines. Ultrasound scanning is one technology that can reduce examination time and accurately detect fetal anomalies among pregnant mothers compared to other manual methods. However, this technology is lacking in most lower level healthcentres. Where it exists among private for-profit clinics, mothers have to move long journeys to reach and cannot afford to pay for its services.

The CMNHR is piloting a study entitled ‘Testing a Community-based Ultrasound Scan system during early and late antenatal care to facilitate gestation age dating, referral and preterm care in low resource districts in eastern Uganda’. The pilot is being done in Kiyunga health centre IV and Bukoova HCIII. These facilities receive more than 300 mothers a week for ANC and have more than 100 deliveries per month.We hypothesize that extending the service near the community and having it partially managed by the community itself through the VHT system (identifying, mobilising and referring mothers for the service) can improve detection of prematurity andhence its management.  Perhaps this could also increase ANC attendance (number of visits) as the mother is given visual information on the fetal well being.

The study principal investigator Prof Peter Waiswa notes that pregnancy complications are the leading cause of death among mothers and newborns; and complications start as early as day of conception.We need to extend diagnostic services for these complications closer to where populations that may not afford care.This needs testing the applicability of these services in communities where they have not been and later scale up of these technologies. This will increase uptake of the new ANC guidelines. We need to practically show that lower level facilities have the services required for the mother during all stages of pregnancy.

*This pilot project is funded by the Government of Uganda through the Research and Innovation fund at Makerere University (RIF@Mak).

The author is a Monitoring officer on the Project. Email:  kjjdarius@gmail.com